Private Internet Access is already a legendary VPN among torrent users. They were one of the world’s first VPN companies to introduce a true ‘no-logs’ policy, and they quickly become one of the most popular VPN services in the world. They’ve even beaten the FBI in court, twice.

They’ve lost a bit of market share lately, to flashier services like ExpressVPN and NordVPN, but in my opinion PIA is still one of the best and most trustworthy VPNs on the market.

If this sounds a bit biased for a review, it is. I have been a PIA subscriber since 2013, and I personally use and love their service. I recommend to nearly every bittorrent user try Private Internet Access first, before testing more expensive VPNs, because PIA delivers 90% of the features and 100% of the privacy at 1/2 the price of competing services.

Best of all,​ every subscription is backed by their 30-day, 100% refund policy.

Private Internet Access was founded in 2010 by Andrew Lee. It was one of the first US-based VPNs to adopt a truly logless privacy policy. Its parent company, London Trust Media, was acquired Kape Technologies (owner of Cyberghost VPN) in November 2019.

Is PIA good for torrenting & p2p?

Many bittorrent users choose a VPN as their primary privacy tool for safer torrenting. But not all VPNs are equally torrent-friendly. It’s important to choose a logless VPN service that allows p2p on their network.

Is Private Internet Access a good choice for torrents: Yes. PIA is an excellent vpn for enhancing your torrent privacy. They have a validated zero-log policy, included SOCKS5 proxy, and 256-bit encryption. PIA also has built-in port forwarding and allows torrents on all server locations.

Let’s dive deeper into why PIA is a near-perfect p2p VPN:

Private Internet Access doesn’t keep any activity logs of your VPN usage. They don’t even record metadata about your connection history, such as IP addresses or session start/end times. As mentioned previously, PIA even validated their non-logging status in a court case against the FBI (they had no data to turn over).

Some VPNs say that p2p is ok, but then restrict users to specific server locations, or even cancel accounts for using too much bandwidth.

PIA doesn’t do this. In fact, we’ve never heard of a single user getting his account cancelled for torrenting too much. And p2p activity is allowed on all server locations, though we recommend sticking to these countries.

A VPN isn’t the only torrent privacy tool. SOCKS5 proxies are also popular, because they can route your p2p traffic separately from the rest of your internet connection. And with PIA, there’s no need to subscribe to a separate service because SOCKS5 service is included with every subscription.

How to use it: Instead of connecting via software (like the VPN) you manually configure the proxy inside your supported torrent client (uTorrent, Vuze, Deluge & QBittorrent are good options). We have guides for each.

Private Internet Access is one of our top 5 favorite vpns for torrenting. They have all the essential privacy features you want and p2p is specifically allowed.

Private Internet Access has their own custom VPN client available on the most popular operating systems: Windows, Mac, Android & iOS. The software is included free with your subscription.

Their software was completely overhauled in early 2020 with a brand new UI and a bunch of useful new features. It’s definitely a sleeker look than the previous software.

The main view lets you select from any of the 50+ server locations. You can also view your real and spoofed (VPN-assigned) IP addresses.

PIA’s new software isn’t just a facelift either. Sure, you get easier access to settings and the server selection menu, but there’s also a host of new features.

Here’s what’s under the hood:

PIA is one of the few companies that gives you fine-grained control over the encryption algorithm and VPN protocol you use. You can adjust the encryption strength, authentication method and even choose WireGuard instead of OpenVPN.

For torrenting, we like the default settings (128-bit OpenVPN, UDP)

PIA now has full shadowsocks integration. You can tunnel the VPN through a network of anonymized socks proxy servers. This helps you get through VPN blockades even more effectively than other stealth vpn protocols.

You can also tunnel the VPN through a standard SOCKS proxy if you prefer.

Even when you use a VPN, your Internet Provider may still try to hijack your DNS queries to see what websites you’re visiting. Fortunately, PIA has built-in DNS Leak protection. You can even specify custom nameservers if you don’t want to use PIA’s own zero-log dns.

Split-Tunneling is the most exciting feature that has been added in the recent software overhaul. Normally, all your internet activity gets routed through the VPN tunnel. You have no control over which apps use the VPN.

But split tunneling lets you route specific programs inside or outside the VPN. Very few VPNs offer this and it’s a great feature.

We speedtested PIA on a 100mbps downstream/ 10mbps upstream wifi connection from NY state in the USA.

We speedtested PIA using the default (recommended) encryption settings. The VPN performed impressively, getting over 70% of our overall connection speed, even on busy foreign servers. Nearby servers perform even better.

Don’t worry too much about the percentage speed loss on the upstream bandwidth. Encryption overhead takes a few mbps off the top, and since it’s a low-bandwidth upstream connection already it seems like a big hit. On a 100/100 connection you’d barely notice 5mbps loss.

Verdict: PIA servers are fast and not overcrowded. Speeds are well above average, especially for this price tier of VPN service.

Private Internet Access has always been a personally favorite of mine, but in the past 12 months the service has gotten even better, with the Kape Technologies aquisition.

The most notable improvements are in the software, with additional features such as split-tunneling, Wireguard VPN protocol, and a beautiful new UI. But speeds and latency also seem better since our last full testing.

And there’s one secret perk they aren’t advertising: Private Internet Access VPN now works with Netflix on some servers (at least I ways able to access and stream just fine). Most VPNs are blocked by Netflix and PIA historically never worked. But now PIA may be joining the ranks of NordVPN and Cyberghost as a VPN that is suitable for streaming and not just torrenting.

Our Verdict: Private Internet Access is still one of the best zero-log VPNs on the market. They are an excellent choice for any privacy-conscious user, especially those who torrent frequently. Just buy it.

Ryan is the editor and head reviewer. He's been a tech geek and digital privacy enthusiast since the Y2k freakout in '99. When not writing BitTorrent tutorials, he can usually be found sipping a lager or playing pickup football (the real kind). 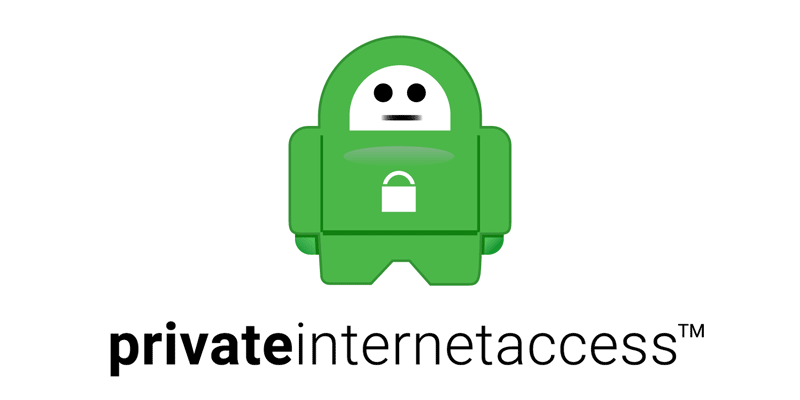 We’re a small team of a torrent enthusiasts. We’re committed to sharing the best tools & techniques for torrent privacy and digital security.

Save on our top-ranked VPNs

Try these VPNs risk-free: all providers have a 100% refund policy of 30 days.